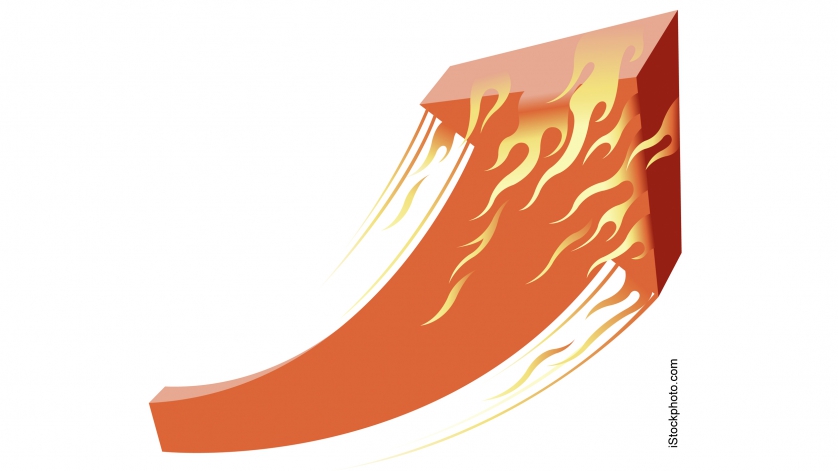 The term adiabatic compression refers to an abrupt temperature increase as a consequence of a pressure surge. Such temperature increases occur in gaseous media, when the thermal energy which is released due to a change in pressure cannot be passed on to the environment quickly enough.

A pressure surge is especially dangerous when using pressure sensors for medical breathing apparatus, as these come into contact with medical oxygen. An increased oxygen content compared to the earth’s atmosphere (approx. 20 %) leads to a decrease of the ignition energy for a combustion reaction. In medical breathing apparatus whichare used for artificial respiration and sometimes operate with pure oxygen, a combustion reaction can be set off due to contaminants within the gas supply.

This endangers the safety of instruments and patients. So-called “pressure-surge tests”, as they are executed by the Federal Institute for Material Testing (Bundesanstalt für Materialprüfung – BAM) are used to determine which maximum working pressure a material or a pressure sensor can withstand at which ambient temperature. A test is considered as passed, if the seals of the pressure sensor show no signs of “burn marks”.

Therefore, a pressure-surge test of a pressure sensor for medical breathing apparatus (e.g. WIKA Model MG-1) not only certifies the maximum working pressure at a predefined ambient temperature, but also indirectly defines if the sensor is adequately clean for use in respirators.