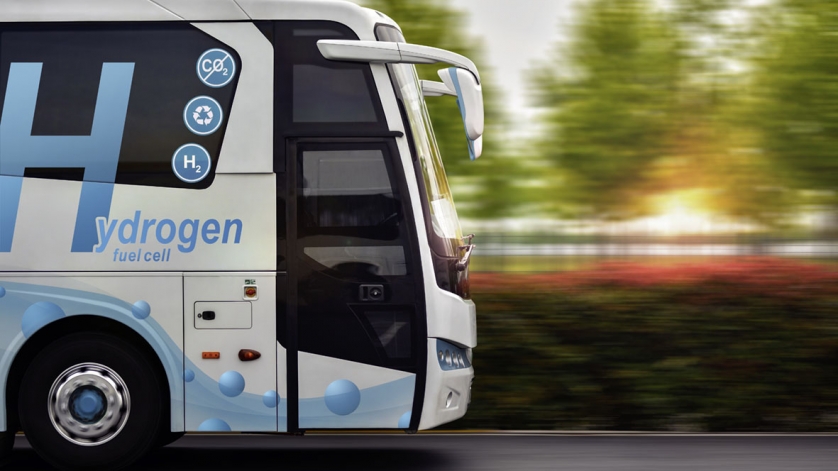 For powering on-road and off-road electric vehicles, hydrogen fuel cells hold key advantages over batteries. To ensure the safety of these vehicles, governments and standardising bodies around the world continue to establish and update guidelines, codes and regulations for hydrogen mobility and H2 fuelling stations.

Although there are several technological alternatives to the traditional combustion engine today, battery electric vehicles (BEVs) are often the dominant solution in the public perception. This is especially true when considering passenger cars. E-car buyers have an increasingly wide choice of available models and the network of public charging stations is growing steadily.

However, there are two major downsides to battery drive systems:

The more complex alternative is electric motors powered by hydrogen fuel cells. Fuel cell electric vehicles (FCEVs) are equal to vehicles with combustion engines in terms of performance and operating parameters – these include range, refilling time, cold resistance – but they operate CO2-free locally. These attributes are currently driving their growing popularity, especially for big vehicles like municipal vehicles, buses or trucks. Also in mobile working machines an increasing number of development projects are ongoing. Thousands of hydrogen-powered forklifts are already in use in warehouses and production halls. They emit only water vapour and no carbon monoxide or other harmful emissions. Since hydrogen-powered vehicles do not need to be refuelled for hours, they can be used more efficiently than battery-powered models.

Hydrogen mobility on the rise worldwide

Therefore, in 2022, some of the world’s largest economies are turning to hydrogen fuel cells and hydrogen vehicles to reduce and, in the long term, completely eliminate their carbon emissions. Below are therefore some examples of recent decarbonisation initiatives from around the world:

For a deeper insight into the subject, also have a look at the following on-demand webinar. This further shows how WIKA can support you in overcoming the challenges posed by hydrogen applications. In this presentation, held at Hannover Messe 2021, the focus is put on hydrogen mobility, including fuel stations.

Regulations for hydrogen systems and components

All components in an FCEV must have application-specific safety approval. In the EU, the EC79/2009 regulation establishes the requirements for hydrogen systems, from burst tests to a hydrogen-compatibility test for metallic materials (immunity to hydrogen embrittlement). This regulation applies to vehicles for use on public roads; it does not directly affect, for example, industrial trucks operated only on company premises. Nevertheless, their manufacturers and users also still value components with EC79/2009 approval for their mobile working machines, as this certification guarantees operational safety.

However, it should be noted here that this approval will be repealed in July 2022. Existing EC79 certifications, however, remain valid. To stay up to date, check our blog from July onwards for more information on regulatory requirements and approvals. Please also visit our website to see WIKA’s range of pressure instruments for hydrogen applications and hydrogen mobility.

If you have any questions, your contact will gladly help you.

Christian Wirl Dipl.-Ing. (BA)
Product Management
WIKA Alexander Wiegand SE & Co. KG
In my position as product manager for electronic pressure measurement at the company WIKA I am responsible for OEM applications, particularly in the field of sensor integration. Problems associated with these applications and the corresponding solution approaches - offered by WIKA and compiled in this blog - can be of use for a broad customer base.
Related articles
Electrical connection Ex protection Hydrogen Measuring range Mobile hydraulics Pressure measurement device Pressure sensor Pressure switch Process connection Renewable energy Safety Standards/approvals/directives Switching function Temperature Temperature error
News subscription
The WIKA news subscription informs you, free of charge, by e-mail whenever there is a new blog article. Simply define what subjects interest you and you'll be kept up-to-date! Subscribe