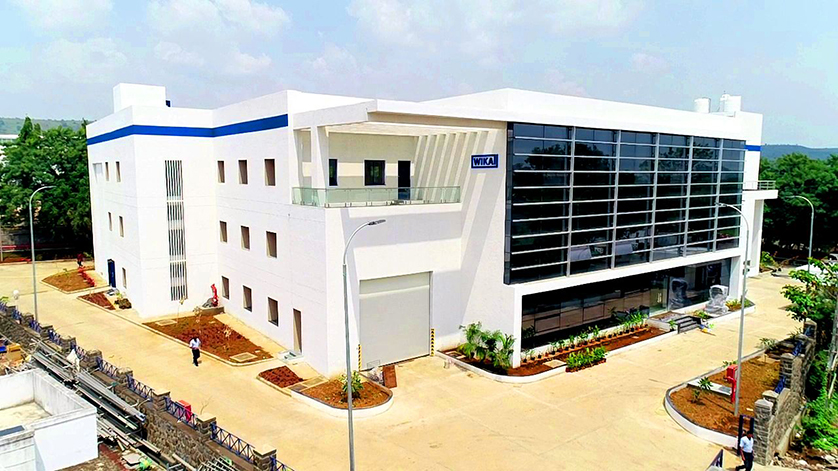 It was a great day for WIKA India: At the end of September 2018, the subsidiary put the extension building at the production site in Pune into operation. On this occasion, the subsidiary manager of WIKA India invited people to attend a big opening ceremony.

Inauguration of the new building

This festive event was very well received by all the guests. The official inauguration was performed by Alexander Wiegand together with other members of the WIKA board of directors. This was followed by a performance of traditional Kathak dance. In addition to the staff, many customers, other business partners and representatives of the authorities took part in the inauguration. After the ceremony, guests were given an opportunity to visit the new building. The new plant boosts the competitiveness of the production location in Pune. It is focused on WEgrid Solutions, level measurement technology and calibration technology. The equipment includes facilities for non-destructive testing (radiography) and surface treatment (painting and blasting booth). For material handling, an overhead crane with a capacity of two tons is installed.

The success story of the location began in 1997 with the opening of an official sales and marketing office as well as a small engineering workshop in Pune. In 2002 WIKA India started manufacturing and assembling temperature and pressure measuring instruments in a new plant. As the years have gone by, the subsidiary has expanded its portfolio to include products and solutions from the divisions of diaphragm seals, electrical temperature measurement, level measurement and SF6. In future, the subsidiary will also focus on high-temperature thermocouples. In addition, WIKA India supplies the market with calibration technology and test benches. The plant in Pune also has a well-equipped calibration laboratory for pressure and temperature measurement products.