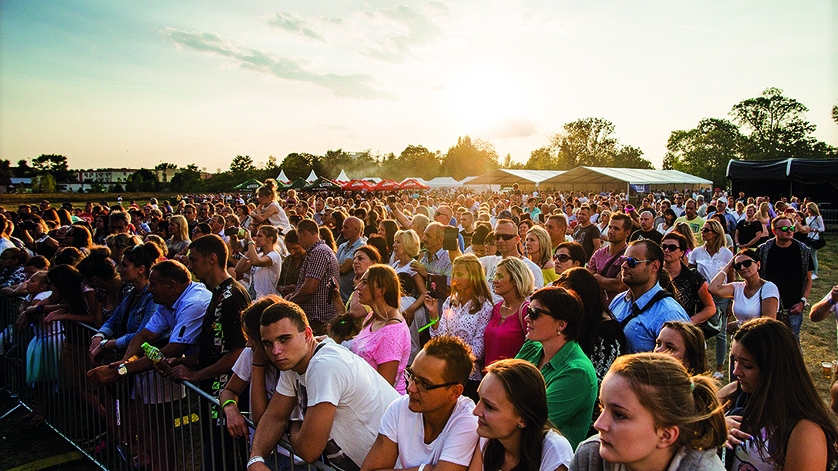 WIKA Poland can look back on 100 years of company history. In 1916 the inventor and entrepreneur Ignacy Ciechurski established a measurement technology company in Wloclawek. Since the staff has played a great role in the company’s success, the subsidiary wanted to thank them for their commitment and organized a grand family picnic. More than 2200 employees, families and selected guests joined the celebration.

In the garden of Amber Palace in Wloclawek, a large family picnic with a barbecue and a varied programme was held for the invited guests, including representatives of the city headed by mayor Marek Wojtkowski. They were welcomed with sweets by two live mascots, WIKUS (male) and WIKUSIA (female). On behalf of the company, Peter Koll, subsidiary manager of WIKA Poland, wel­comed the guests and presented a short overview of the company’s history. The 100-year history of the factory was documented in a well-noted exhibi­tion, whose photos brought back memories to many participants. 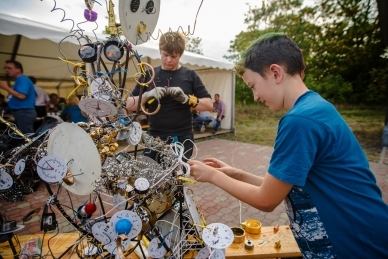 Everybody could creatively add a piece to the WIKA-robot.

Fun for young and old

The anniversary celebration provided fun for young and old. Adults enjoyed the climbing wall and mega football, while the children had fun with the bouncy castle and other playing equipment, with sports and handicraft competitions and a science park.

A special attraction was the construction of a WIKA robot from scrap metal parts. The impressive construction work, a joint effort by all participants, is currently being exhibited at the reception in the main building of WIKA Poland. Thrill- ing was also the knowledge competition in which five teams competed for the grand prize – a jump with a para- chute. WIKA had also in­vited clubs and associations from Wloclawek, who diversified the picnic with performances rang­ing from karate to bodybuilding and a car show of VW beetles. The evening‘s highlight was the concert by “Blue Cafe”, one of the best-known Polish bands. “Blue Cafe” provided entertainment and animated everyone to dance.

An important event during the picnic was the Marrow Donor Day, which was organized by WIKA Poland with the support of the DKMS Foundation. During the picnic 46 people registered as potential donors.