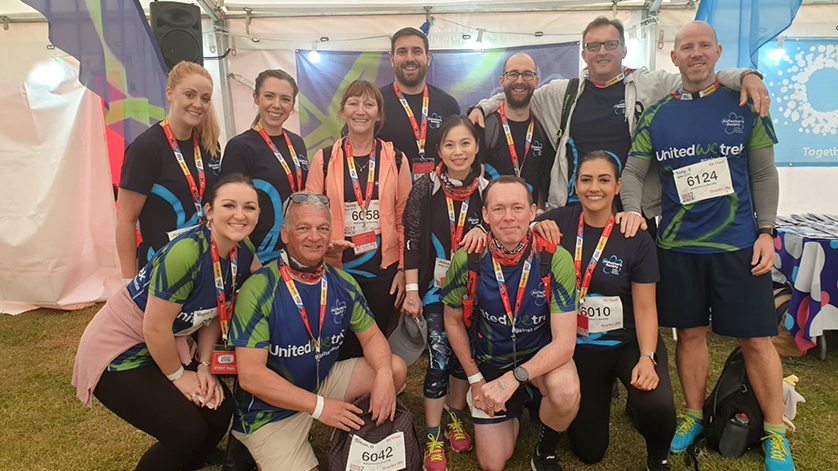 Dementia is one of the main causes of disability in later life, with over 850,000 people currently diagnosed with the disease in the UK. A team of twelve from WIKA UK took part in a 25-kilometre march organised by the Alzheimer’s Society with the motto “United we trek against dementia”.

Starting in Richmond, Surrey, the trek led ten kilometres along the Thames, before heading inland to cross magnificent lush countryside and arrive at Carshalton, Surrey. The WIKA walkers raised the lordly sum of 3,890 pounds, thus far exceeding their target of 3,200 pounds and ranking WIKA UK among the top donors of the event.

As Jonathan Peaurt, managing director of WIKA UK, emphasises: “The WIKA team walked for all people, past and present, who have been and are currently affected by dementia.” Also members of the walkers’ families were or are affected. It was a good day for all participants, also thanks to the high sum of donations. A special thank you to families, colleagues, friends and neighbours around the globe who sponsored the team!

Note
Further information about WIKA UK can be found on the website.