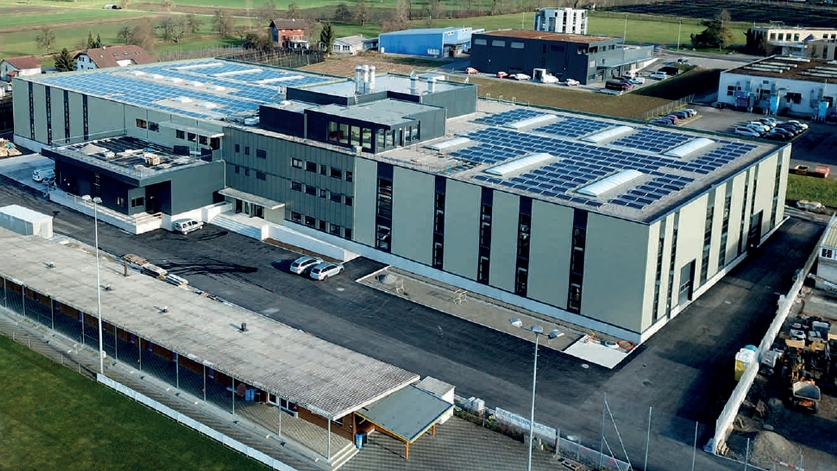 The new competence centre at WIKA Switzerland provides about 7,000 square metres of additional production and office space. In particular, the injection moulding department was extended, alongside improvements to equipment construction and the turning shop.

Equipped for the future

Two turbulent months preceded this celebration. In November 2019 – slightly more than a year after the ground-breaking ceremony – this building, measuring 120 metres in length and 48 metres in width, was completed to the point where production operations could be set up in it. Sticking to a very tight schedule, within a matter of weeks, three departments were dismantled at their old location, transported to their new site and were then commissioned. Plastics production was the first to enter service, with its gigantic injection moulding machines, each one weighing many tons.

Ahead of schedule, the toolmaking shop left its old location, making rapid strides to install itself in the generously proportioned new building, and turning the long-cherished layout dreams into reality. Last but not least, the turning shop moved into its new home. Scarcely had these machines vanished from their old location than several assembly lines, previously squashed into a very confined space, took ownership of these orphaned premises. Walls were torn down, new ones were built, floors were painted, machines were fine-tuned to perfection and were polished until they gleamed.

Sustainable use of energy

WIKA Switzerland is committed to sustainability and it makes full use of the power of the sun, the ground water and of heat emissions from machinery. There is a photovoltaic system on the roof with an annual output of 355,000 kWh. Using ground water to cool the machines, and using the heat radiated by those same machines for heating achieves a big reduction in power consumption. WIKA Switzerland is very well equipped for the future with its new competence centre.