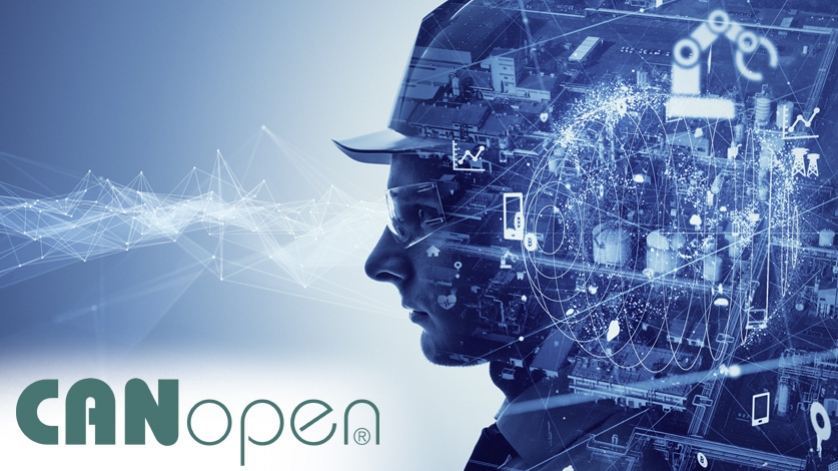 Everyone has certainly already heard the term CANopen as a digital signal. CANopen is a communication protocol based on CAN, which the CAN in Automation (CiA) organisation has been looking after since 1995. It is laid down as a standard in the European standard EN 50325-4. The protocol was developed as a standardised, embedded network with highly flexible configuration options.

What is CANopen needed for?

But what does this mean at all and why is it worthwhile to replace tried and tested analogue signals with digital ones? This post examines the following five areas in a way that is as generally understandable as possible: Accuracy, reliability, diagnostics, system architecture and manageability of the CANopen digital output signal, which is offered as standard for WIKA sensors.

As early as 2015, a detailed analysis of the differences in accuracy between analogue and CANopen sensors by two colleagues from WIKA, Bildstein & Heusel (Digital transmission in pressure sensors, WIKA Alexander Wiegand SE & Co. KG, CAN-Newsletter, 1/2015, CAN in Automation, pp. 24-27), demonstrated the higher susceptibility to errors of analogue sensors. This is due to the fact that the signal is converted three times: first from analogue to digital (AD), then back from digital to analogue (DA), and finally digitalised again in the controller. Typically, in addition, the signal is even linearised, which leads to further errors.

The weakest point of analogue measurement technology is the signal path from the sensor via the wiring with plug connection into the final instrument. Only when the signal leaves the typical range can an error be detected. Also, the sensor cannot be identified via the signal.

The advantage of a digital signal, in terms of reliability, is that it is precisely defined what kind of values are expected. The transmitted bits can be checked for plausibility by fixed fields as well as by the message length. If, for example, a packet with 16 digits (e.g. 0101 0111 0100 1001) is expected, but only 14 of them arrive, it is clear that something went wrong during transmission. This considerably reduces the susceptibility to errors due to external influences. A timeout during data transmission also indicates an error.

Furthermore, in the end it is only important to recognise 0 and 1 correctly in a digital signal. Whether the signal is 0 V or 0.5 V is irrelevant, as it is still recognised as 0. This means that, for example, temperature fluctuations, noise or electromagnetic interference have less chance of disturbing the signal.

The “signal jump electronics” were specifically developed for certain force sensors. They can be used to check whether the corresponding sensors still return the expected analogue output signal. However, such specific circuits are not the rule.

On the other hand, a detailed check of the system structure, e.g. which type of instrument is installed in which position, as well as a verification of the digital sensors is part of the standardised start-up process. Even during operation, a digital signal can be verified again and again (e.g. via the heartbeat protocol or timeouts). This is not possible with analogue sensors.

Incidentally, not only can a signal be sent via a bus, but so can any number of other pieces of information. For example, different measured variables can be sent within one sensor: Force and temperature, pressure and level or completely different combinations.

4) Extension of the system

A major advantage of a digital system is the merging of signals. Up to 127 channels can be combined in one control system. If you start with fewer, a later expansion of the system architecture is no problem. In addition, the wiring is simple and the controllers become cheaper since 127 separate high-precision analogue channels are not necessary.

5) Re-usability and ease of maintenance

Analogue sensors offer advantages for replacement and possible adjustments. If the standardised output signals are used, the instruments can be easily replaced or renewed without changes in the application software, regardless of the manufacturer. This simplifies logistics processes and there is no risk of influencing system behaviour. In practice, it has been shown for digital sensors that there are no two manufacturers that offer 100 % the same objects.

On the other hand, the entire scaling and calibration process is carried out on each digital sensor itself: if, for example, a 150 bar pressure sensor is exchanged for a 250 bar pressure sensor, there is no problem. It is no longer necessary to change the control parameterisation, the sensors are only calibrated at the manufacturer.

Conclusion on CANopen and analogue signals

“Never change a winning team” could also apply to the sensors of a system. As long as the sensors function perfectly with the traditional analogue signals, there is certainly no reason to disturb the overall system. But when it comes to extensions, repairs or renewals, the advantages of a digital output signal should definitely be considered. After all, it costs nothing to ask.

Note
Further information on our products can be found on the WIKA website. If you have any further questions, your contact will gladly help you.

See also our articles
Force & power – what actually are they?
Life in numerals and measurements
Pressure sensor with I²C communication – possibilities and boundary conditions