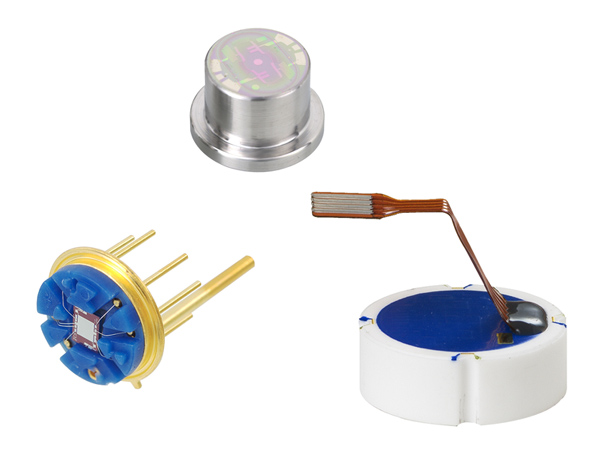 Although, for most applications, the choice of sensor measuring principle or functional principle of the pressure sensor is not important, we are still often asked about how the sensor elements integrated in our pressure sensors and pressure transmitters work. First of all, we would like to give a general definition: Pressure sensors or pressure sensor elements are measuring elements which convert the physical quantity of pressure into an electrical quantity that is proportional to the pressure. Different physical effects and different sensor materials such as silicon, ceramic or metal are used. WIKA uses industrial measurement’s 3 most common pressure-measuring principles, the instruments are developed in our own laboratories and also manufactured by ourselves:

Due to the different materials and design principles, there are also technological differences which may be important in some applications. Basically, WIKA products always use the most appropriate measuring principle with regard to the nature of the respective application. Should you have further questions regarding a specific measuring task, please contact us.

Michèle Beyer Dipl.-Ing. (FH)
Product ManagementWIKA Alexander Wiegand SE & Co. KG
I joined WIKA in 1998 and have been working from the start in product management. Every day I answer a wide range of questions on the topic of electronic pressure measurement. Many questions are asked over and over again by WIKA staff and customers from all over the world. So why not answer the most interesting questions in this blog?
Related articles
Axle Bolt Calibration Calibration laboratory Force measurement Force transducer Geotechnical engineering Pressure gauge Pressure sensor Safety Strain Tank Temperature Thermocouple Thermometer
News subscription
The WIKA news subscription informs you, free of charge, by e-mail whenever there is a new blog article. Simply define what subjects interest you and you'll be kept up-to-date! Subscribe