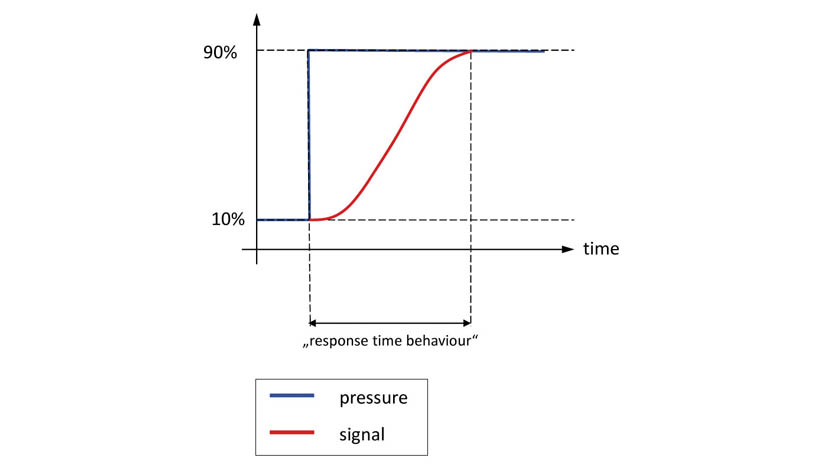 In reality, the response time of pressure sensors contains further influencing factors, such as dead time or overshoot, due to their particular constructive setups. Common data sheet specifications on the response time usually contain additional data regarding the test conditions applied, such as T90 or 10 … 90% (used below for exemplary calculation). This information defines the interval in which a steplike change in the applied pressure from 10 to 90% of the full span (e.g. from 60 to 540 bar for a 0 … 600 bar pressure sensor) leads to a defined change in output signal of 10 to 90% of the final value (e.g. from 1 to 9 V at an output signal of 0…10 V).